Unfortunately, the world is under complicated circumstances for many people; since 2020 we have had to change our way of living. The onset of the pandemic due to SARS COVID-19 has marked a turning point for society.

Likewise, at the beginning of this year, people from Ukraine have suffered a lot and today they need our help. If you are not aware of what is happening, Ukraine is at war with Russia, it is invading its territory, but do you know what the reason is?

Today, the Precision Group is taking a step back from the plastic injection molding in San Antonio to tell you a little more about this situation and introduce our program to support Ukrainian refugees.

Until today, violent clashes, violence against civilians, and the invasion are increasing. It is up to us to support the refugees who seek to resume their lives.

The founders of Precision Group are from Ukraine, who at the end of the 1970s had to leave the country looking for a better quality of life. To show solidarity, they created a program for Ukrainian refugees.

For this reason, they open the doors of their four companies to receive all of those who have knowledge and experience about plastic injection molding in San Antonio and in Mexico.

We are looking for people who want to develop new skills in this industry or who have knowledge in the following branches of the plastic industry:

Not only, we are offering jobs for Ukrainian refugees, but also food and hosting in the first months of consolidation. If you know someone or you are a citizen from Ukraine seeking refuge in San Antonio or Mexico, contact us through our Whatsapp or webpage.

What is happening in Ukraine?

In case you do not know what is happening in Ukraine, we are going to tell you about the situation in this country, but first, we have to go back in time and learn about the background that originated the war.

Background of the war between Ukraine and Russia

The Ukrainian president, Victor Yanukovych was pro-Russia in thought, and refused to sign an agreement associating the country with the European Union. This situation upset the population and led to protests; nowadays this fact is known as the Revolution of Dignity.

Yanukovych fled the country; however, regions from Ukraine like Crimea were involved in conflicts between pro-Russians, where there were infiltrated Russian soldiers, and supporters of Ukrainian unity. After these conflicts finished, Putin signed a treaty recognizing Crimea as part of Russia.

This encouraged other regions, especially in the eastern part, to proclaim themselves as Popular Republics and join Russia.

Ukraine and Russia signed an agreement at Belarus to stop the war. However, this only lasted a week; in the combats, soldiers carried out tortures, extrajudicial executions, forced disappearances, and other acts against human rights.

The citizens from Ukraine elected Volodimir Zelenski as the new president with more than 73% of the votes.

Zelenski and Putin tried to resume the peace agreements between the nations to stop the fighting.

In 2021 the Russian government decided to deploy troops to their borders with Ukraine and the Crimean Peninsula. Calculations estimate that the army surpassed 100 thousand soldiers.

In January, Russia deployed more soldiers at the border with Belarus and Ukraine. The declarations of the Chinese and American governments just increased the tension.

In February, NATO (North Atlantic Treaty Organization) and the United States of America refused to sign the agreement on security in Europe with Russia, which included the possibility of an invasion of Ukraine.

In the same month, Russia recognized Donetsk and Luhansk as part of its territory and started deploying troops in that part of Ukraine. Therefore, The European Union and the United States of America began sanctioning Russia, but there was no response from Putin’s government.

On February 24, military actions over Ukraine began, explosions were announced in eastern Ukraine and its capital, Kyiv.  Although Russian citizens protested against the invasion, there was no action on the part of their government .

We encourage you to contact us if you are, or you know someone from Ukraine who is a refugee and is looking for a job. Share this information with the people who could be interested. Let’s be part of the change.

GET TO KNOW US

We're not around right now. But you can send us an email and we'll get back to you, asap. 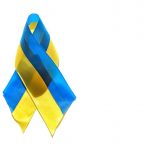